Karting is one of the most popular points of entry into the world of motorsport for the world’s biggest stars of the future. It has been used as a method for the big teams to find young talent, and so drivers need to take a disciplined approach to karting fitness if they want to be the best.

Motorsports of any kind put strain on the mind and the body, and fitness is vital for karting in particular. The physicality of the sport means that drivers need to be able to withstand lots of forces when racing and need to use specific training programs to suit their needs.

In this article, we will explain the importance of fitness in karting, and touch on some example fitness programs that kart racers may use. We will also explore the benefits of different programs and why they are effective.

What Are The Fitness Requirements For Karting (And Motorsport)?

Many hoping to reach the top levels of motorsport disciplines use shifter karting as a training tool as it so closely mimics the physical forces and g-loads experienced by the body during racing, most notably those on the neck and the core. Formula 1 and IndyCar drivers have found it to be particularly useful for these disciplines.

It is for this reason that Fernando Alonso used it to prepare for his 2021 comeback season with the Renault F1 Team. Michael Schumacher used to attach weighted magnets to his helmet during karting sessions to emulate similar effects relative to the tracks he was training for. By moving the magnets around he was able to change the resistance and force produced on his head and neck.

Shifter karting is particularly useful as it emulates very closely the feelings and effects elicited in a real race car. For example, in the kart the driver is in a similar seat position and faces resistance similar to that experienced in a race car.

Training Along With Karting

Exercises and training programs do play an important role in assisting the process and are thus carried out along with the karting sessions. Alonso himself raised an important point in an interview with Sky Sports F1, saying that ‘time in the car’ is the most important aspect of a driver’s training.

But in the modern racing climate, with on-track testing coming at a premium and simulators becoming ubiquitous within the top racing teams, it can be hard for drivers to get this very valuable training on the track and in the car. Thus, karting is an excellent way, along with in-gym and indeed on-track testing, to learn the vital skills and obtain the necessary strength to perform at the highest level.

In fact, I myself used shifter karting in the US with my drivers, and can state that cornering at high-speeds causes not only g-loading strains on the muscles, but also significantly tests muscular endurance.

Developing wrist and forearm strength and endurance to be able to ‘fight the car’ and its steering resistance can be specifically worked during a karting training session. Shifter karting can then be followed up by some in-gym training using resistance bands and an adapted steering wheel, helping to further train the arms and the wrists.

When prepping athletes for the Indy 500 we always include a day of training with shifter karting at CalSpeed Karting Center near Fontana Los Angeles. Then back at the Gym have the athlete perform exercises with heavy resistance bands connected to an adapted steering wheel, whilst sat on a physio ball with feet and legs raised (to bring in work for the core).

Which Areas Should Kart Racers Train?

Dumbbell and hammer curls can be used to train the arms, while wrist flexion/extension with dumbbells is another good way to build strength. A triceps bar or Indian club as shown in the image below are also good options. This really focuses on the forearm muscle, the brachioradialis located at top of the forearm, and the elbow too, all of which are heavily involved in racing.

Specific resistance band exercises for the neck, as we have covered in this article, are also important for training resistance to g-loading. Making sure to take care that the neck muscles in a youngster are not overloaded too much is vital. It is recommended that at least a day is given in between neck training sessions, with twice a week being a good number.

Stretching during all training sessions and particularly before and after karting sessions helps to maintain proper functioning of muscles, ligaments, and tendons. This can also help to prevent injury.

Cardiovascular loading also needs to be increased and managed closely to ensure that the athlete is working at a heart rate similar to that experienced in the kart. This is the training principle of ‘overreaching’ (a short-term reduction in performance due to pushing the parameters of training). However, this can pay dividends in enhancing training performance in the long term.

This can be put into practice by monitoring the driver’s heart rate over a couple of laps at set lap times. Then, the driver should push those lap times down by going faster, and then the heart rate increase would be monitored to show the level that should be reached in training to best emulate that which is experienced in the kart.

The type of training program that would be ideal for a youngster of 8-10 years of age, or indeed anyone that is using karting for their racing fitness, would look something like what is given below.

Starting out on the knees and working up to full-on push-ups, both shoulder and wrist strength can be developed. The driver can play around a lot with where their hands and feet are positioned and raising the feet can add extra resistance and thus train them to be even stronger.

Using resistance bands to train the back and shoulders is a powerful and easy way to train these large muscle groups if a rowing machine is not available.

Abdominal crunches are an excellent way to train the core, which is essential for high speed racing due to the high g-loading this section of the body is subjected to.

Lower back extensions once again work the core, while also stretching the full body.

These are performed using a resistance band attached to a stable point, and the driver seated on the floor with one heel on a Bosu ball. The other end of band is attached over the front of the foot and the toes are pulled up towards the torso and released with the band under constant tension.

The idea is to train and control eccentric loading (allowing a muscle to return to its normal resting length under control, often referred to as muscle ‘lengthening’. However, what actually happens is an elongation back to the normal length). Muscles have the ability to produce greater tension under eccentric contraction than under normal concentric (shortening under tension) contraction.

Ladder drills are a good cardio workout, but they also work to create stability and mobility in the ankle and foot flexion and extension.

These exercises, when put into 3-4 circuits, will give a good level of conditioning for a youngster just starting out with karting. Introducing light dumbbell and free-weight exercises gradually to avoid damage to epiphyseal plates. With a proper ‘periodised’ training program for a young athlete, managed by a professional, there should be no cause for concern or worry about injury.

For other cardio work, concentrating on using a heart rate monitor and swimming, jogging, or road and mountain biking is a great way to work up stamina and also strength in the leg muscles. Once the young athlete has gotten to a general level of fitness after 4-6 weeks and is performing well on the track, you can include specific exercises for the arms for instance.

Finally, there needs to be a general emphasis on nutrition and supplementation for those competing in karting. The main focus would include protein, from sources like eggs, fish, chicken, and beef, or alternatives if youngsters are vegan, vegetarian etc. High quality protein supplements can also be easily included into nutrition programs if necessary.

Eating plenty of fresh vegetables and fruit, along with additional vitamins and minerals aside from what is provided within foods, helps to maintain overall health. Carbohydrates to include are things like whole-wheat cereals, brown rice, quinoa (also high in protein), potatoes, yams and milk. Lots of water is essential too, but you can find out more about driver nutrition in our article here.

Karting is a gateway to other motorsports, and as such it emulates some of the top disciplines in the strength and ability it requires of drivers. Thus, drivers need to ensure they take on adequate training routines so that they are able to compete at the highest level and stay free from injury in the process. 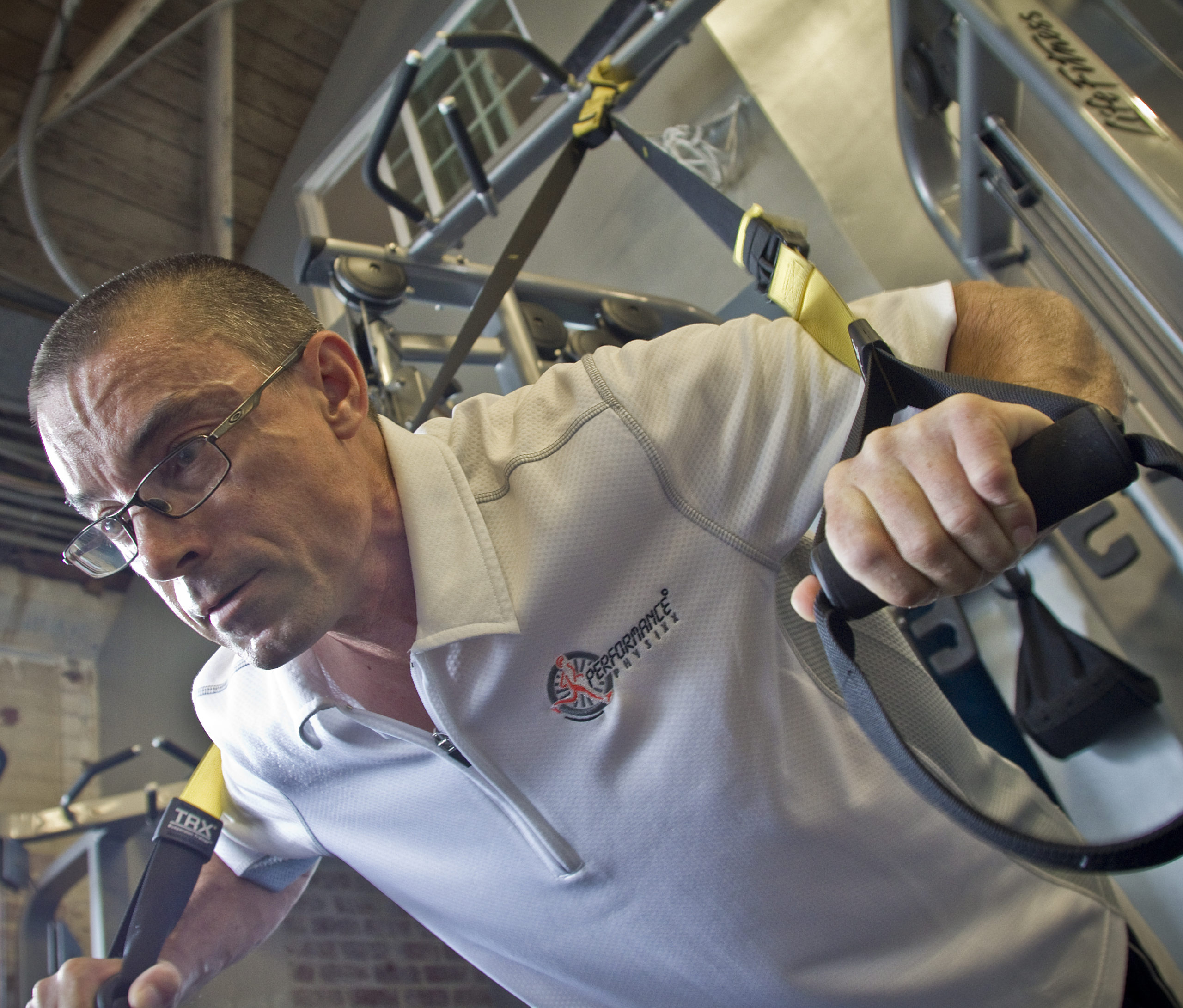 Simon has over 20 years of experience training elite racing drivers across series such as Formula 1, NASCAR, IndyCar and Le Mans. With clients including multiple championship winners, he shares his teachings at Flow Racers to help more drivers reach the highest ranks.